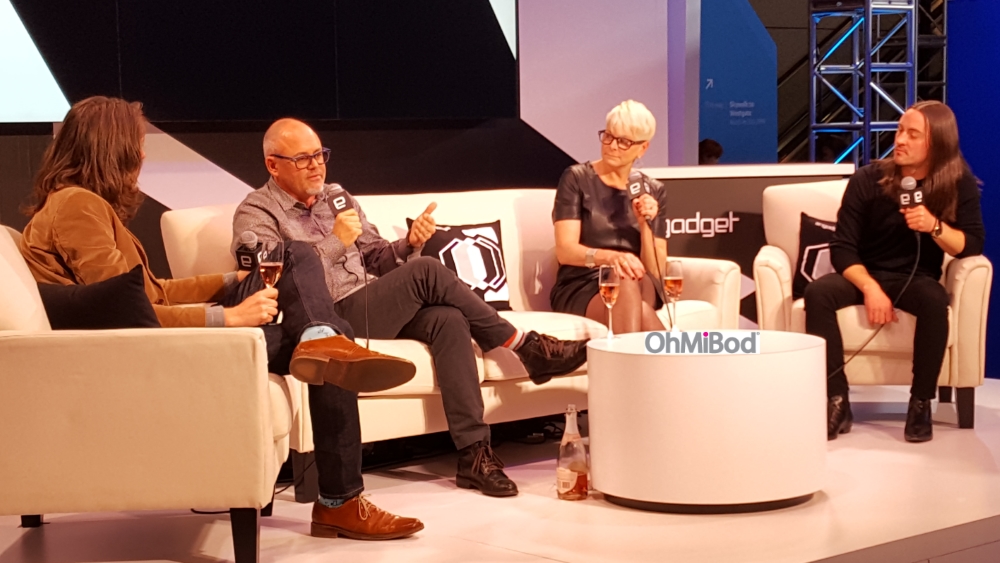 The vast majority of the AR, MR and VR tech exhibitors that I spoke with at CES 2017 are well aware of the important role that the adult industry plays in the success of their business. Some of them had products on display at the show that have the potential to significantly impact the future of adult entertainment. Headset makers were by far the largest segment of AR/VR exhibitors at CES 2017 with camera and sensor/tracking companies placing well behind them.

CES 2017 also included a couple of familiar names from the adult entertainment world with Naughty America and OhMiBod there to show off their latest products. The Naughty America exhibit offered guests a chance to sample some adult content via a Samsung Gear VR and, while the room was a bit secluded, there seemed to be a constant stream of visitors. OhMiBod made news at the show with the debut of 2 new products and an announcement that they will be releasing a software developers kit that will allow developers and platforms to create apps for their blueMotion line of products.

There were several VR headset makers offering different styles of Google Cardboard viewers, but there was also a fair number of companies with all-in-one solutions. It seems inevitable that at least one of these standalone solutions will advance beyond the beta stage in 2017 and finally find a market for their product. The same can be said for the 3D VR cams that were on display from companies like Vuze and Insta360. They each have plans to launch consumer based products during the first half of this year.

One very interesting mixed reality (MR) exhibit featured a headset mounted sensor named Bridge from Occipital. The Bridge is an inside-out mobile tracking device that allows virtual characters to enter the users world and interact with their environment as if they were really there. The user can also enter and immerse themselves in a virtual world while staying comfortably aware of their own. This type of device creates so many possibilities for adult content developers and I am hoping it will be one of many to hit the market in 2017.

At CES 2017 it was abundantly clear that the interest in VR continues to grow at a very fast pace. It was also evident that there are a wide range of companies investing in the future of the technology and looking to take the next step with their products. There is no doubt that the combination of these factors will result in the creation of better hardware and higher quality content that will make for a much improved experience for all VR applications including adult entertainment.